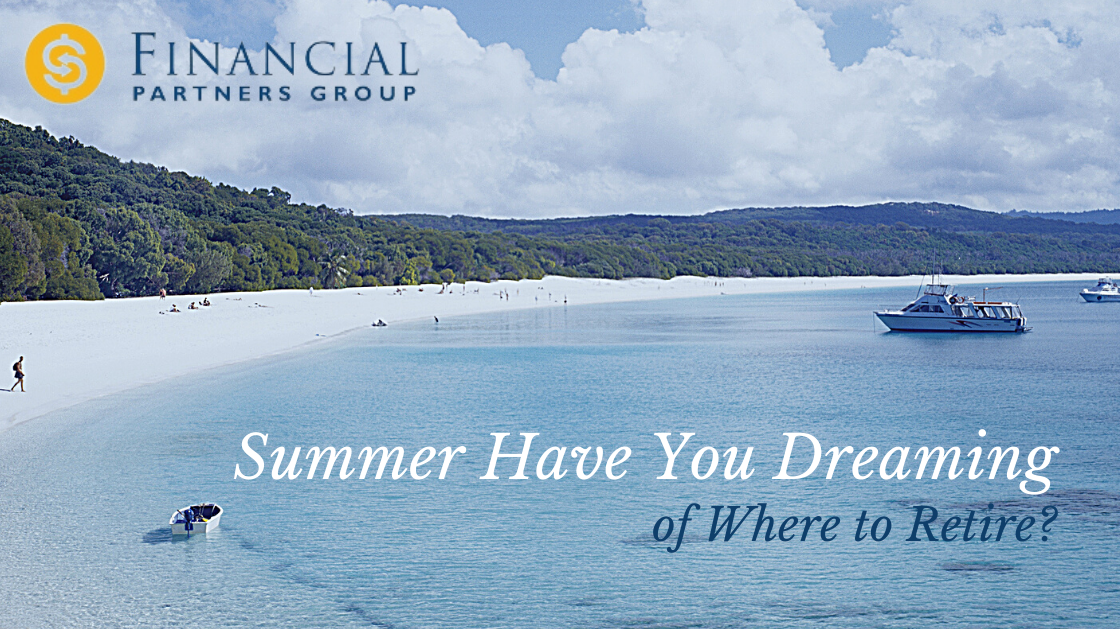 Summer Have You Dreaming of Where to Retire?

Consider the tangible financial and economic benefits too, not just sunshine

You have no doubt seen dozens of lists of places to retire in, but they seldom focus on financial factors, which are important when you live off your savings.

Due to warm weather, beaches and the absence of a state income tax, locations in Florida are heavily overrepresented on most such lists.

But it’s not a stretch to think that not everyone wants to live out their golden years in the Sunshine State, so let’s broaden the list by creating criteria that includes important financial considerations too.

On this list, let’s zero in on the tangible financial and economic benefits for retirees, because you shouldn’t be spending your golden years worrying about bills.

Here are the five criteria you should consider using in deciding which cities are best for retirees financially.

With that in mind, here are a few cities not on your average “Places to Retire” list, but they should be:

Omaha, Nebraska
The cost of living in Omaha is well below the national average, and the median house price is only a little bit more than 75% of the U.S. average. This home city of Warren Buffett offers low-cost living, combined with rising economic opportunities and an increasing number of cultural amenities.

Sarasota, Florida
No list of cities to retire would be complete without at least one from Florida. It has no state income tax, a benefit to retirees looking to stretch their nest eggs further. Year-round warm weather keeps heating bills low. Although house prices in Sarasota are above the national average, they are still lower than many other popular retirement havens in Florida.

Austin, Texas
Austin is a city of rapid economic growth yet with a lower-than-average cost of living. Texas also has no state income tax, which makes the overall tax burden the second lowest on this list, at 7.9%. Because of the booming economy and population growth, Austin’s house prices are above the national average. The unemployment rate is far below the national average, great for people who need a post-retirement job.

Charleston, South Carolina
An historical seaport and beach community, Charleston offers a rich array of entertainment and cultural amenities. Like most other cities on this list, Charleston combines a low cost of living and relatively low taxes. House prices are above the national average, with a median of $225,000, but that’s still a bargain for a coastal city with a mild year-round climate.

Nashville, Tennessee
You just have to love those states that have no income tax, and Tennessee is one of them. The capital of country music has the lowest overall rate of taxation on this list, plus a well-below-average cost of living and house prices. The economy is strong, with a growing health-care, education and automobile assembly industries.

Des Moines, Iowa
Des Moines is another city in the Midwest that sees steady growth in both population and its economy. Despite that, the cost of living in Des Moines is 10% lower, and house prices 20% lower, than the national averages. It is the third-largest insurance center in the world, and has a significant number of jobs in both finance and health care.

Atlanta, Georgia
While big cities are not generally good places to retire, Atlanta is an exception. In addition to a belowaverage state tax burden, retirees enjoy a major tax benefit: $65,000 retirement income exclusion for those older than 65. This includes taxable investment income, pensions and income from rental property. The cost of living and median house prices are both below national averages.

Manchester, New Hampshire
People don’t normally think of chilly New England for retirement, but Manchester is well worth a close look. While its overall cost of living and house prices are higher than national averages, the city is very affordable by Northeastern standards. Though real estate taxes are fairly high, the state has neither an income tax nor a sales tax. And the city’s low jobless rate virtually assures that there will be a job available, if you ever decide to come out of retirement.

Salt Lake City, Utah
Salt Lake is another location that combines low cost of living with a strong and growing economy. At 3%, the unemployment rate is technically the national average. Employment is broad-based, including government, education, health care, transportation (the city’s airport is one of the busiest of the nation), as well as business and professional services.

Asheville, North Carolina
If you’d like to retire to a mountain region, Asheville is worth checking out. The city features beautiful scenery from the Blue Ridge Mountains and mild climate comparable to Atlanta. Regarding cost of living, tax burden and house prices, Asheville is right about at the national average in each category. The jobless rate is low. The local economy is solid with opportunities in education, health care, retail, and tourism.