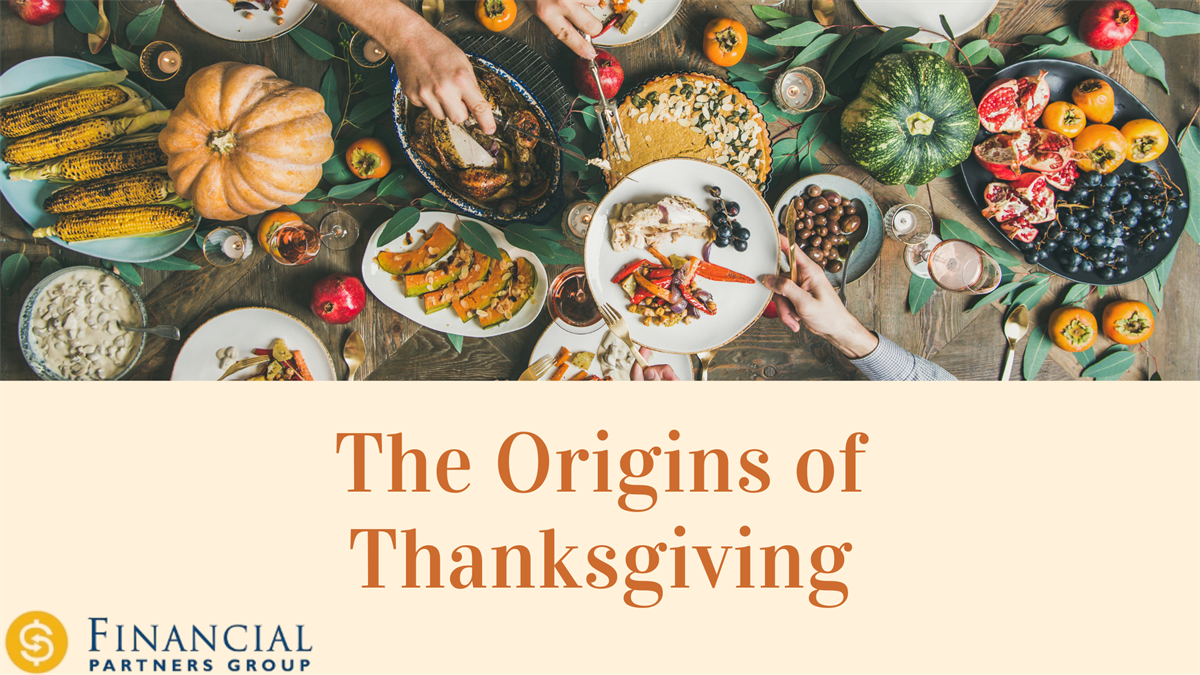 The Origins of Thanksgiving

Thanksgiving is one of the most widely celebrated holidays in both the U.S. and Canada with the purpose of celebrating the blessings of the past year. It is known as one of the busiest travel holidays of the year and in the U.S is most commonly celebrated with a feast of turkey, stuffing, potatoes, and pie. While there are some varying legends about the origins of the annual holiday, most Americans believe that the holiday is modeled after a feast between early colonists and Native Americans.

The feast with which the holiday is credited occurred between the early pilgrims and Wampanoag peoples of the area. What was originally believed to be a set feast was more likely an impromptu gathering that lasted over a period of a couple of days. It started with colonists going out "fowling." While it was possible that they were hunting turkey, it was much more likely that they were funding ducks and geese, and end up with enough from their trip to feed the colony for several days.

The Wampanoag Pay a Visit

The Wampanoag ended up at the colony most likely not by invitation but by a surprise visit at the entrance of the settlement. Even though tensions where likely high, the two groups ended up socializing and celebrating for the next few days. The Wampanoag had brought venison which became part of the feast along with the fowl, and like stews, fish, and vegetables. The days were spent with outdoor eating, sport shooting, drinking, and races. By the end of the affair, a treaty between the Pilgrims and the Wampanoag solidified for the next 50 years.

A Day of Prayer

The Thanksgiving holiday became a day of prayer for the New England colonists who would get prayers of thanks for victories, harvests, and the end of droughts. The Continental Congress attempted to add a day of national Thanksgiving during the enactment of the Constitution, but many were opposed to the interference in a religious holiday, so it was eventually up to the state whether or not they wished a holiday to be declared.

A National Holiday is Declared

It wasn't until the mid-19th century that a national holiday was declared. During the midst of the Civil War, Abraham Lincoln set the national date for celebration as November 26th. The holiday was subsequently proclaimed by each president after and a new date was named each year until a resolution by Congress in 1941 set the date for the fourth Thursday of November.